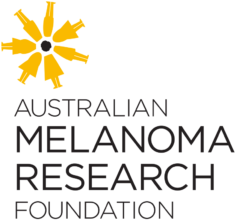 I am Trevor Chaston, a retired farmer but still active on a farm at Benayeo Victoria (just across the border from Naracoorte in S.E. South Aust.)

I have been a farmer all my life and therefore have spent many hours out in the sun and in the early years without sun protection apart from a hat.

For many years now I been having 12 monthly full body scans at the Sun Doctors for skin cancers and because of the early years of neglect there has been several areas of treatment with ‘dry ice’.

A couple of years ago I had an itchy spot on my arm which I thought was a mosquito or other insect bite that was taking a long time to come right. It was midway between my usual 12 monthly checks .

I was in Adelaide at the Brighton Jetty Classic and noticed the AMRF melanoma awareness crew doing free skin checks and thought I may as well have the spot checked. Their advice was that I should have it seen to as soon as possible. They offered to arrange attention, but as I had been seeing specialists I elected to seek an appointment with my usual doctors, which I succeeded in doing the next day.

I had the spot surgically removed, which tested as being a nasty but thankfully not the worst.

Thanks to the AMRF melanoma awareness team for being out among the public.

The moral of this story is IF IN DOUBT, DON’ T DELAY / CHECK IT TODAY.